Love as a Cure for Madness 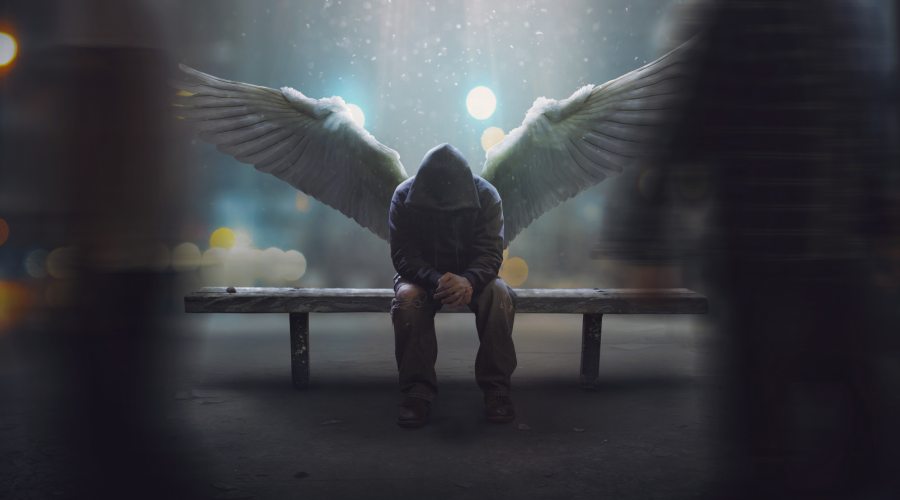 What, as you see it, is the most absurd of our therapeutic fantasies? To imagine that a patient suffering a deep disturbance of the brain’s balance could be cured by a passionate offering of nurture or concern? As I see it, at least, that just about fits the bill. Consider: a middle aged man unexpectedly collapses into a dreadful psychotic depression. His adoring wife and daughter, his therapist, do all they can to care for, pray for, show sympathy to, him…and just three months later he’s killed himself. What went wrong? Didn’t they love him enough?

I started there to get out of the way a deliberately poor reading of our title. So let’s now begin again, thinking on what it could realistically mean to propose love as madness’s cure. Let’s consider Morag.

In her autobiographical Beyond All Reason Morag Coate describes: emotionally remote parents unable to contain her childhood distress; the numbing respite of boarding school; early years of illness, disability and intense theological preoccupation; and an adult life marked by an absence of close relationships (“I hadn’t even been kissed until I was 27”), psychotic breakdowns, and alienating stays in psychiatric institutions. Too depressed to expect much from it, she nevertheless seeks the care of a psychiatrist – Dr Upton – who she finds to be a careful and caring listener, with the result that “I no longer felt inwardly alone, and hope began to stir in me.” The world now a brighter place, Morag now able to take an interest in things again, she goes to see the film David & Lisa.

This film shares the experience of two severely disturbed adolescents and their fraught participation in the human drama of our longing for companionable closeness yet need for the safety of inner retreat. Morag finds it uniquely sympathetic to its protagonists, noting that it implied an “absolute acceptance” of both David and Lisa, so that “by involving myself in their experience as I did, I was not only accepting my past sickness, but feeling it accepted too.” Afterwards she walks alone by the river feeling “human and humane”, her involvement in the film helping her to grasp just how ill she’s been, and to make thinkable for the first time her longstanding fear of absolute destruction and annihilation. When home she mentally takes Dr Upton by the hand “with the same confidence and comfort that a child holds someone’s hand when retracing their steps to the place where they have had a terrifying accident.” And now she discovers, behind her terrifying fear, her urgent need for closeness and connection, and recovers a sense of her infantile self who had “given myself and taken in return”, who “had needed and enjoyed and later felt that I had lost a mother’s love.” Now that love and its loss have also become thinkable she’s able to begin to work through the terrors that human relating had brought her. She allows herself to need Dr Upton, and “need him I did, quite unrestrainedly… I didn’t feel embarrassed or that my inner stature had lessened, rather the reverse. For there was something about this primal urge, stemming from the very source of life, that was bigger, brighter, deeper and stronger than any of the feelings of my remembered childhood.” Over time this relationship became internalised, leaving her with “a deep, warm sense of security that enriched all aspects of my life.” “I had”, she says, “been made whole.”

The first thing I want to note is that what matters about Dr Upton’s love for Morag is not the depth of his feelings but the quality of his attention. His love shows itself as his seeking for, and willing acceptance of, her as she is in herself, in her own way of being – it shows itself in the recognition he offers her. As a result Morag is able to feel “whole”, “human and humane”. But the second thing I want to point out is that this recovery isn’t inevitable: love must not only be given; it must also be received. As therapists our job is not only to offer our patients genuine recognition, but to carefully interpret their defences against receiving love. Yet even so we can only go so far; our patient must have some yearning for the human truth and life that come only from being met with love, and some ability to take them in and hold onto them.

How did Dr Upton’s love enable Morag to return to sanity? To grasp this we first need to understand how the recognition we offer someone relates to their being able to develop a richly humane inner life. Our worlds become fathomable and bearable to us in and through our structured emotional responses to them. In this way we negotiate our predicaments – by giving birth to fear and anger, sadness and desire. But if our experience is relentlessly negated, if we’re saturated by others’ projections, or if we come to manage our vulnerabilities with a punitive and stultifying superego – then our emotional life barely has the chance to take shape. It is after all only through our development of conscious, articulable, and apt emotional experiences that we stay in touch with reality, grieve our losses and bear our disappointments. But unless we and others offer our nascent feelings recognition, they can’t so much as begin to take meaningful shape – and the result is that, if we’re to not now utterly fall apart, we’ll instead need to take leave of reality, patching ourselves together with those makeshift constructions called delusions.

The reader of Morag’s book is naturally struck by what we might call her dignity. What I have in mind by that is the straightforward clarity she achieves both about her own value and also about her own values. Having attained a degree of certainty in being a lovable human being, she’s now able to live according to her own clearly understood ethic, her head held up high. Dignity and self-care are, we might say, the only valuable (ie non-perverse) forms of self-love we have. It’s through living a life structured by such dignity that Morag’s able to continue, spontaneously, unreflectively, to allow her natural emotional experience to flourish, so that by the end of her book she can say:

I have regained and strengthened my faith that life has a purpose and a meaning. I can honestly say I now have every reason to believe that living is worthwhile. Is that an irrational belief? Of course it is. Reason is a tool; a valued tool which it is our pride and privilege to use as best we may. But life and love and loveliness, whose existence reason confirms and must accept, are in themselves beyond all reason.

Morag Coate’s Beyond All Reason (Constable, 1964) is, sadly, out of print, although second hand copies may often be found.

Another valuable biography by a psychotherapy patient – one that makes clear the connection between the recovery of the mind and the development of a sense of lovability – is Eina McHugh’s To Call Myself Beloved (New Island Books, 2012).

In The Last Asylum: A Memoir of Madness (Hamish Hamilton, 2014), Barbara Taylor movingly describes how, after more than a decade of psychoanalysis, she finally becomes able to stop blotting out her analyst’s voice, to trust that he genuinely cares for her as a separate being, allow herself to take in the good he offers, and in such ways to recover her sanity.

Many, of course, do not manage the courageous step taken by Morag, Eina and Barbara. In her fascinating Operators and Things: The Inner Life of a Schizophrenic (Arlington, 1958; reissued by Silver Birch Press, 2011) Barbara O’Brien describes her own partial recovery, but acknowledges it to be a patch-up job. Striking about her account is the loneliness that runs through it without ever yet being voiced.

Dr Richard Gipps
Dr Richard Gipps is a clinical psychologist and philosopher with a long-standing interest in psychotherapy, phenomenology and psychoanalysis. He co-chairs the Institute of Psychoanalysis Philosophy Study Group, and recently co-edited the Oxford Handbook of Philosophy and Psychoanalysis. He has a private practice in psychotherapy and is associate of the University of Oxford’s Faculty of Philosophy. Research interests include philosophical issues in psychopathology and psychotherapy. Works in progress include a philosophical book ‘On Madness: The Intelligibility of Psychotic Thought’ and a non-academic book ‘Love’s Possibility: From Loneliness to Hope’.