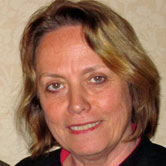 Adrienne Harris, Ph.D., is Faculty and Supervisor at the New York University Postdoctoral Program in Psychotherapy and Psychoanalysis. She is on the Faculty of the Psychoanalytic Institute of Northern California, as a Supervising and Training Analyst.

She is an Associate Editor of Psychoanalytic Dialogues and Studies in Gender and Sexuality. She is also on the editorial board of the Journal of the American Psychoanalytic Association and American Imago. She and Lewis Aron edited The Legacy of Sandor Ferenczi. This book, published in 1996, was one important step in the reintroduction of the work of Ferenczi to a contemporary American audience.

She edits the Stephen Mitchell Relational Book Series (which has published over 35 books in its series) with Lewis Aron. Her book Gender as Soft Assembly was published by The Analytic Press in 2005 and is about to appear in paperback in a second edition. Most recently, she, Lewis Aron, and Melanie Suchet edited Relational Psychoanalysis: Vol. 3. New Voices, published in 2007.

She has written on the topics of countertransference, developmental theory, gender, language process in psychoanalysis, relational theory, and psychoanalysis and film. She is in private practice in New York City.