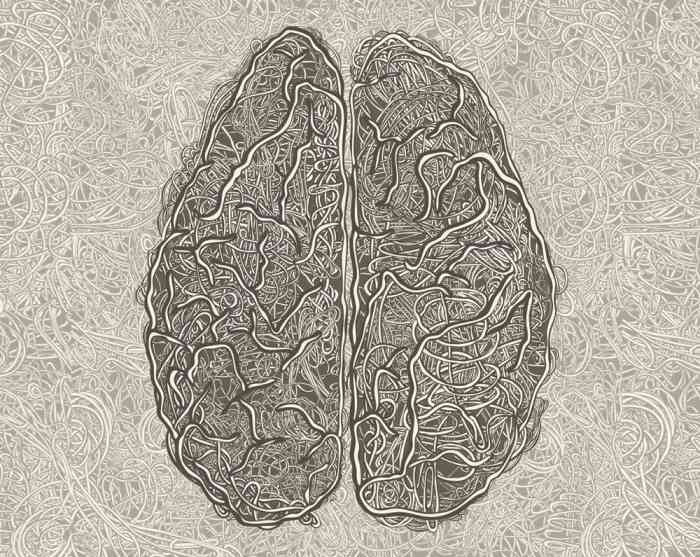 Neurobiology and its Applications to Psychotherapy – II

While recognising that the relationship between neuroscience and the talking cure is still in its infancy, significant insights are constantly emerging on how the mind works and how that may be relevant to therapeutic technique.

We can now, for example, articulate the core mammalian emotional processes, how they are underpinned by specific neuro-physiological pathways, and see how these scientific insights can lead to therapeutic interventions that are sensitive to that physiology and thus more effective in supporting the patient’s capacity for self-regulation.

We can elucidate the role of relationships in the development of the nervous system, and explain the aetiology of affect dysregulation in terms of neurobiological deficits. We have a much stronger grasp of the role of emotion in the overall regulation of the body and the risk of adverse experiences to health.

The role of transgenerational trauma in impacting on gene expression provides a fascinating sign post to the complexity of the mind-body interface via epigenetics.

This self-contained module provides access to some of Confer’s best-attended live events and new recordings to deepen our understanding of the relevance of interpersonal neurophysiology to the development of psychotherapeutic insight and technique. 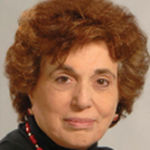 This talk offers an understanding of anxiety disorders that rests on research into the emotional systems that we share with all other mammals. Beginning with a brief discussion of Panksepp’s emotional taxonomy, with special emphasis on the GRIEF, FEAR & SEEKING SYSTEMS, Lucy Biven will explain how one type of anxiety is generated by issues in the FEAR system, while another separate pattern of anxiety is generated by GRIEF. The emotional, behavioural and biochemical aspects of each will be explained. The merits of both psychotherapeutic and psychotropic interventions will be discussed, including the interesting evidence that anxiety rooted in the FEAR system responds to tricyclite antidepressants, while GRIEF-based anxiety is addressed by benzodiazepines. 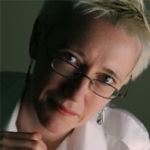 Epigenetics refers to any phenomenon which cannot be explained just by referring to the DNA sequence of an organism. Whenever two things have identical DNA, but are different to each other, that is an example of epigenetics in action. This can be seen around us all the time. Think of the limbless maggot and the mature fly it turns into, or identical twins where one develops schizophrenia and the other is completely healthy. In this presentation we will cover examples of epigenetics in action. But we will go further and look at how epigenetic phenomena are controlled. This is carried out by a series of potentially reversible modifications to DNA. They don’t alter what a gene codes for, but they change the expression levels of a gene. These epigenetic modifications can control gene expression for decades, and they provide the crucial mechanistic bridge between nature and nurture.

Epigenetic modifications to genes can be transient, altering gene expression for a short period of time. But some changes are very stable and may last for the entire lifetime of an individual. In this session we will examine some of the evidence that addresses how epigenetics can create and maintain long-term patterns of gene expression, and the potential effects this has. Topics will include the adult consequences of early abuse or neglect, the changes in gene expression that are induced by drugs of addiction and the delayed clinical responses to antidepressants. The potentially reversible nature of epigenetic modifications to genes means that there is the scope for altering these responses, but will this increased mechanistic understanding change practice? 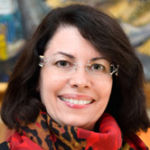 Childhood maltreatment has been associated with profound deficits in the sense of self frequently leading the traumatized individual to become isolated and estranged in the secrecy of their trauma. Both intimate and non-intimate relationships frequently either become a way of re-enacting the past or appear unreachable. How do mind, brain, and body prevent traumatized individuals from engaging in social interactions, and how does this affect the therapeutic process? This lecture will describe the neurobiological underpinnings of social cognition, including theory of mind and eye gaze in chronically traumatized individuals and relate these findings to clinical case examples. An integrated approach to treatment of brain, mind, and body, including interventions geared to prevent the intergenerational transmission of trauma will be described. 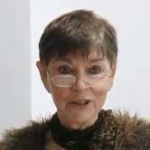 The impact of inflammatory disorders and the risks for health: an introduction for psychotherapists and psychologists.

Freud said that the ego is first and foremost a body ego. If there can be an equivalent of the Grand Unifying theory for a body, it could be inflammation. Inflammatory processes underlie both physical and mental illnesses and therefore should be a major consideration if we wish to heal, to prevent illness pain and suffering. The interactions between physical and mental states are reflected in the increased morbidity and mortality in chronic psychoses, PTSD, and attachment problems. How do these systems interact? 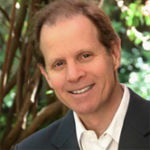 Neuroplasticity and Therapy: the function of relationship in neural integration - Part I

The development of the brain within the body only occurs within the context of supportive relationships across the lifespan. Knowing how relationships support or inhibit the differentiation of the two sides of the brain, the lower and higher neural regions, and the various circuits involved in implicit, explicit, and narrative memory, is the building block of effective therapeutic intervention. With a framework of integration as the core mechanism of health, treatment strategies can be formulated to promote the growth of integrative fibres in the brain that will be those most likely to support movement toward health. First defining the mind as an embodied and relational emergent self-organizing process that regulates the flow of energy and information, we will explore how neuroplasticity, by cultivating differentiation and linkage of neural circuits, becomes the mainstay for therapeutic treatment planning.

Neuroplasticity and Therapy: the function of relationship in neural integration – Part II 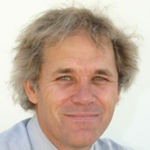 Recent research into the brain mechanisms of emotion has identified the primitive ‘natural kinds’ of mammalian emotion. This research reveals some surprising findings about the emotional circuitry of the human brain, which radically change our classifications of the basic emotions, and which have substantial implications for our understanding of psychopathology. This talk will summarise the relevant findings and will discuss the clinical implications, in relation to, for example, addiction, mood disorders, anxiety disorders and thought disorders, and more generally for theories of human sexuality and aggression.

Most forms of psychoanalytical psychotherapy conceptualise therapeutic change as a process whereby the unconscious parts of the mind are rendered conscious. Classically this involves a clinical technique which endeavours to attach words to preverbal and nonverbal mental processes. This is the essence of the ‘talking cure’. In this presentation, new findings regarding the brain mechanisms of consciousness will be reported which require us to turn the classical conceptualisation of talking therapy on its head. The parts of the brain that generate ‘instinctual’ ways of thinking and behaving are the same parts of the brain that generate all consciousness. The parts of the brain that are associated with verbal cognition, by contrast, are intrinsically unconscious and are only capable of generating conscious thinking to the extent that they are activated by the more primitive, instinctual-emotional parts of the brain. Some implications of these findings for psychotherapeutic technique will be discussed.

Video with captions and slides – 51 mins 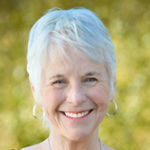 The Neuroscience of Somatics - background and theory

The last decade has challenged psychotherapists to integrate a massive amount of data and information into their practice with highly vulnerable patients. How do we decide what is essential to adapt to our practice and with specific patients? Here Sharon Stanley outlines the major shifts in terms of relational principles governing psychotherapy today and richly illustrates her presentations with scientific detail.

Video with captions and slides – 54 mins

In this video Sharon Stanley covers six aspects of somatic psychotherapy: embodiment, somatic awareness, empathy, enquiry and interventions. She begins by discussing how embodiment opens a path through which we can guide clients in the integration traumatic memories into a tolerable felt sense in the body. A growing sense of embodiment allows practitioners to enter somatic awareness of their own sensory-based experience. This develops intersubjectivity, the exploration of complex emotions and a restoration of vitality. Bodily-based awareness informs the brain about changes in the environment as well as within the muscles, fluids and changes in self-states and, with somatic empathy, we can bridge the chasms that separate human begins into an alive and resonant connection. Differentiating receptive from projective empathy, Dr Stanley illustrates how we can safely enter a shared consciousness that allows each person wordless access into the inner world of the other that a greater potential for healing trauma.

Video with captions and slides – 42 mins 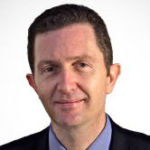 The neuroscience of emotion, intuition and decision-making

The relationship between psychotherapy and neuroscience – long rather static while the two fields appeared to have different interests and methods – is rapidly changing. This change has been primarily because topics that have long been of interest to the psychotherapeutic community, most especially emotion, have now become viable matters for mainstream neuroscientific investigation. While emotion has often been regarded as a negative force for human decision-making, there are times when emotion is essential in order for human beings to make sensible choices. The basis for the phenomenon appears to be the hunches that we often generate about complex problems, typically described as intuition – a source of knowledge has a vital role to play in creativity and imagination. These talks will review scientific investigations on these borderlands between psychoanalysis and neuroscience, particularly in the domains of emotion, intuition, and the role of both in delusional beliefs. 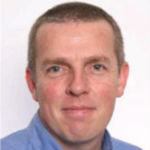 The Psychophysiology of Affect Dysregulation

Having understood the sophistication, boundary-less complexity of human health and the pathogenesis of dis-ease, whether that be chronic inflammation of something more, it will be proposed that there are a number of integrated regulatory pathways that link cognitive, psycho-emotional and physiological processes. These are introduced, with particular reference to the role of the autonomic nervous system and neuroendocrine pathways in regulating health or bringing on disease. Suggestions on how mental health practitioners can understand and support their clients’ in having healthy psychophysiology are offered.

Video with captions and slides – 37 mins

Self-funded (for current subscriber to Neurobiology and its Applications to Psychotherapy):
£150

Test and Certificate of Attendance:
£36

A certificate of attendance may be applied for up to 14 hours of CPD (pro rata on the basis of correct answers in multiple choice questionnaire. £36