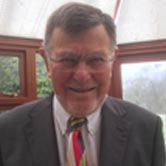 Arnon is a Child and Adolescent Psychiatrist. He also trained as a Psychoanalyst and Family Therapist. He was a Consultant at Great Ormond Children’s Hospital and the Tavistock Clinic. He subsequently established the Child and Family Practice London, and Child and Family Training UK., and is a Visiting Professor at Royal Holloway, University of London. He was part of the network of mental health practitioners who together with Robin Skynner worked with Salvador Minuchin, and Luigi Boscolo and Gianfranco Cecchin from the Milan Group. establishing the Association and Institute of Family Therapy, in the 1970’s. He chaired both organisations, and the Inter-national Association of Family Therapy. He initiated a Research Programme at the Institute of Child Health on Family Description and Family Meas-urement with Warren Kinston.

In parallel with early development of Family Therapy in the UK, Arnon was involved with developments in the field of Child Abuse and Neglect, particularly early concerns about sexual abuse. He explored the role of systemic thinking in understanding the traumatic origins family violence and published ‘Trauma Organised Systems – 1996.’ He continues to be interested in the theme of Complex Maltreatment, and Complex Developmental Trauma, and researched factors which associated with the development of sexually abusive behaviour in young people, funded by the Department of Health.

He was commissioned by the Department of Health, subsequently the Department of Children, Schools and Families, to develop a series of evidence based approaches to support the introduction of the Eco-Systemic ‘Assessment Framework.’ This is an integrated approach to assessing children’s needs, parenting capacity, and the relationship with family and com-munity factors. The approach included the development of a Family Assessment approach based on earlier research at the Institute of Child Health. Further developments included the development of the ‘SAAF a systemic approach to assessing risk and capacity of families to respond to treatment.’

In 2012 a conference ‘Eradicating Child Maltreatment‘ was organized with the Faithful Foundation and the Michael Sieff Foundation to mark the 50th anniversary of the publication of Henry Kempe’s seminal paper The Battered Child Syndrome – The edited proceedings (Bentovim and Gray 2015) was published subsequently. The International Society for the Preven-tion of Child Abuse and Neglect recognised Arnon ‘For his Career Dedicated to the Field of Child Abuse and Neglect and Promotion of Child Rights‘ (2014)