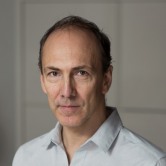 Frank Bock is a psychotherapist and supervisor, working from an existential and phenomenological perspective, whose approach is informed by body-oriented perspectives. He is an advocate of the work of the American philosopher Eugene Gendlin, who was greatly influenced by Carl Rogers. Frank is a Certifying Coordinator and Trainer of the New York Focusing Institute, and he teaches on the Focusing Oriented Therapy Training in London. In 2012 he also began a training in the Somatic Experiencing (SE) trauma model and assists on these trainings in the UK.  His interest has grown in working with clients around developmental trauma within interoceptive and neuro-affective frameworks. He also teaches at Uniarts in Stockholm.

Focusing – Developing an Open, Phenomenological and Embodied Approach to Self and Other
Friday 26 June 2020 – A Live Webinar