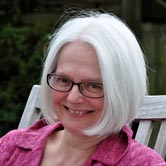 Em set up the Elizabeth Gentle Centre for Eating Disorders in 1989 and over a number of years saw close to 200 patients, usually for a 12-week intervention including CBT and massage. All patients were self-referred, most were bulimic and compulsive eaters, there were a few morbidly obese patients, a few profoundly anorexic ones and a few who didn’t fit into any of the categories then named or known about. In 1995 her MA dissertation, Press Lost for Words: The Psychoanalysis of Anorexia and Bulimia, was published by Process and later an American edition was published by the Other Press. She also set up ran a certificate course in Eating Disorders for the Westminster Pastoral Foundation. She recently did a further training in Intensive Short-Term Dynamic Psychotherapy, which she found extremely helpful with many of the people that she sees. In 2016 she wrote A is for Anorexia, which was a best-seller in several categories on Amazon. She has contributed to working groups on obesity and body-image issues for young people. Her website and very occasional blog can be found at www.emfarrellpsychotherapy.com. She is currently writing B is for Bulimia.