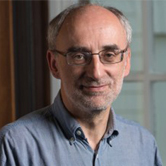 Stephen Frosh is Professor in the Department of Psychosocial Studies at Birkbeck, University of London. He was Pro-Vice-Master of Birkbeck from 2003 to 2017. He has a background in academic and clinical psychology and was Consultant Clinical Psychologist at the Tavistock Clinic, London, throughout the 1990s. He is the author of many books and papers on psychosocial studies and on psychoanalysis. His books include Hauntings: Psychoanalysis and Ghostly Transmissions; Feelings; A Brief Introduction to Psychoanalytic Theory; Psychoanalysis Outside the Clinic; Hate and the Jewish Science; The Politics of Psychoanalysis; Sexual Difference and Identity Crisis. His most recent book is Simply Freud. He is a Fellow of the Academy of Social Sciences, an Academic Associate of the British Psychoanalytical Society, a Founding Member of the Association of Psychosocial Studies, and an Honorary Member of the Institute of Group Analysis.