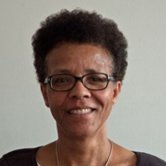 Gail Lewis is Reader Emerita in Psychosocial Studies in the Department of Psychosocial Studies at Birkbeck College. She trained as a Psychodynamic Psychotherapist and a Psychoanalytic Psychotherapist at the Tavistock Clinic. Her political subjectivity was formed in the intensities of black feminist and anti-racist struggle and through a socialist, anti-imperialist lens. She was a member of the Brixton Black Women’s Group and one of the founder members of the Organisation of Women of African and Asian Descent, Britain’s first national organisation for black and other women of colour. She is currently writing a book on black feminism in Britain and has written on feminism, intersectionality, the welfare state, and racialised-gendered experience. Her publications include ‘Race, Gender and Social Welfare: encounters in a postcolonial society’ (2000), Polity Press; ‘Citizenship: personal lives and social policy’ (2004), ed. Polity Press; ‘Birthing Racial Difference: conversations with my mother and others’ (2009) Studies in the Maternal; ‘Unsafe Travel: experiencing intersectionality and feminist displacements’ (2013) Signs: journal of women in culture and society; ‘Where Might I Find You’: Popular Music and the Internal Space of the Father’, (2012) Psychoanalysis, Culture and Society; ‘Questions of Presence’, (2017) Feminist Review, Issue 117; ‘Black Feminism and the Challenge of Object Use’ (forthcoming) Feminist Review. She believes that open and honest conversations across differences, including intergenerational conversations, are the pressing issues of this moment of hate-filled crisis. She is an Arsenal fan.

Women On The Couch

BOOK OF THE MONT