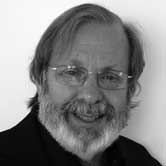 Fragile Selves: Working with Narcissistic and Borderline States of Mind