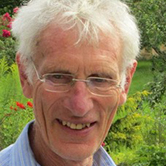 Professor Jeremy Holmes MD was for 35 years Consultant Psychiatrist/Medical Psychotherapist at University College London (UCL) and then in North Devon, UK, and Chair of the Psychotherapy Faculty of the Royal College of Psychiatrists 1998-2002. He is visiting Professor at the University of Exeter, and lectures nationally and internationally. In addition to 200+ peer-reviewed papers and chapters in the field of psychoanalysis and attachment theory, his books include John Bowlby and Attachment Theory, (2nd edition 2013) The Oxford Textbook of Psychotherapy (2005 co-editors Glen Gabbard and Judy Beck), Exploring In Security: Towards an Attachment-informed Psychoanalytic Psychotherapy (2010, winner of Canadian Goethe Prize) , and The Therapeutic Imagination: Using Literature to Deepen Psychodynamic Understanding and Enhance Empathy (2014) and Attachment in Therapeutic Practice (2017, with A Slade). He was recipient of the Bowlby-Ainsworth Founders Award 2009. Music-making, gardening, Green politics and grand-parenting are gradually eclipsing his lifetime devotion to psychoanalytic psychotherapy and attachment.

Fragile Selves: Working with Narcissistic and Borderline States of Mind
Psychopathology: Theory and Practice
The Applications of Attachment Theory to Psychotherapy
Spiritual Threads in Psychotherapeutic Work