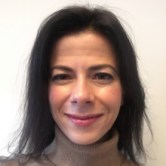 Dr Jay Watts is a consultant clinical psychologist and psychotherapist working in London. Jay is someone who has been through the psychiatric system herself and has dedicated the last couple of decades to trying to create fairer, kinder mental health services both in the NHS and third sector organisations. She has been the clinical lead for an Integrative Psychotherapy Service, a Systemic Therapy Pilot and an Early Intervention in Psychosis Team as well as having held many senior academic posts training professionals. Jay is on the board of several psychotherapy journals and writes regularly for the UK Broadsheets. She spends far more time than she would like to admit tweeting as @Shrink_at_Large and is known for the political nature of her practice both in and outside the consulting room.