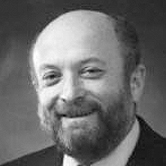 Dori Laub, MD is Associate Clinical Professor of Psychiatry at Yale University and a psychoanalyst in private practice. In 1979 he was the co-founder of the Holocaust Survivors’ Film Project, Inc. which subsequently became the Fortunoff Video Archive for Holocaust Testimonies at Yale.

Dori Laub has published and lectured extensively on the Holocaust. His work on trauma has recently extended to studies on surviviors of the “ethnic cleansing” in Bosnia and of other genocides. He is the founder and director of the International Trauma Center. He co-authored the book Testimony: Crises of Witnessing in Literature, Psychoanalysis, and History (Routledge, 1992).