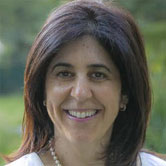 Miriam Steele, PhD, is Professor and Director of the Doctoral Program in Clinical Psychology, at the New School for Social Research in New York City. At The New School, Miriam co-directs (with Prof Howard Steele) the Center for Attachment Research. Dr Steele is also an Anna Freud Center trained psychoanalyst, and a member of the American Psychoanalytic Association. Miriam initiated the London Parent-Child Project, a major longitudinal study of intergenerational patterns of attachment that gave rise to the concept of ‘Reflective Functioning.

The Applications of Attachment Theory to Psychotherapy

The Applications of Attachment Theory to Psychotherapy
Online module