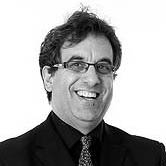 The late Jack Nathan was a psychoanalytic psychotherapist and Consultant Adult Psychotherapist at the Maudsley Hospital Psychotherapy and Self-Harm Out-Patients Service. He was particularly interested in how to work with this patient group – which was once openly referred to as ‘the patients psychiatrists dislike’ – what countertransference difficulties they arouse and the meaning attached to their self-destructive behaviours. He was author of numerous papers as well as the book Self-harm: a strategy for survival and nodal point of change (2006) and co-authored with Dr. Duncan Mclean, Treatment of Personality: Limit Setting and the use of Benign Authority (2007).

Fragile Selves: Working with Narcissistic and Borderline States of Mind