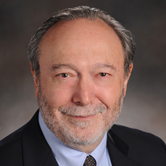 Stephen W. Porges, Ph.D. is Distinguished University Scientist at Indiana University where he is the founding director of the Traumatic Stress Research Consortium in the Kinsey Institute. He is Professor of Psychiatry at the University of North Carolina, and Professor Emeritus at both the University of Illinois at Chicago and the University of Maryland.  He served as president of the Society for Psychophysiological Research and the Federation of Associations in Behavioral & Brain Sciences and is a former recipient of a National Institute of Mental Health Research Scientist Development Award. He has published more than 300 peer-reviewed papers across several disciplines including anesthesiology, biomedical engineering, critical care medicine, ergonomics, exercise physiology, gerontology, neurology, neuroscience, obstetrics, pediatrics, psychiatry, psychology, psychometrics, space medicine, and substance abuse. In 1994 he proposed the Polyvagal Theory, a theory that links the evolution of the mammalian autonomic nervous system to social behavior and emphasizes the importance of physiological state in the expression of behavioral problems and psychiatric disorders. The theory is leading to innovative treatments based on insights into the mechanisms mediating symptoms observed in several behavioral, psychiatric, and physical disorders. He is the author of The Polyvagal Theory: Neurophysiological foundations of Emotions, Attachment, Communication, and Self-regulation (Norton, 2011), The Pocket Guide to the Polyvagal Theory: The Transformative Power of Feeling Safe, (Norton, 2017) and co-editor of Clinical Applications of the Polyvagal Theory: The Emergence of Polyvagal-Informed Therapies (Norton, 2018).  He is the creator of a music-based intervention, the Safe and Sound Protocol ™ , which currently is used by more than 1400 therapists to improve spontaneous social engagement, to reduce hearing sensitivities, and to improve language processing, state regulation, and spontaneous social engagement.

Neurobiology and its Applications to Psychotherapy
Working with Sexuality: Bodies, Desires and Imagination

Polyvagal Theory, Oxytocin and the Neurobiology of Love and Trust
Saturday 8 June 2019 - London
Understanding Reactions to the COVID-19 Pandemic: Insights from the Polyvagal Theory and the Oxytocin Hypothesis
Saturday 18 July 2020 - A Live Webinar