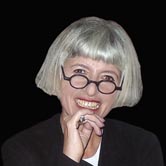 Gabrielle Rifkind is the founder and director of the Oxford Process which is an organisation that specialises in preventive diplomacy and behind the scenes mediation. She comes from a psychological background and is interested in the relationship between geopolitics and the human mind and what motivates peo-ple both to get into and out of conflict. A political entrepreneur Rifkind has, over two decades, created a number of quiet behind-the-scenes round-table discus-sions, often between groups who are not currently in dialogue with their adver-saries in areas of conflict in the Middle East. One month a year Gabrielle works as a painter and this is integral to her sanity and self-expression. It deeply influ-ences her work in terms of a certain iconoclastic spirit and need to think outside the box. She sells her paintings and the proceeds go to her Middle East work.

She makes regular contributions to the media. She has appeared on various news and political analysis programmes and has given many public lectures, conversations and engaged in debates at venues ranging from the Oxford Union to Chatham House. She was recently on a series of Radio 4 programmes called “Across the Red Line” where she was the conflict mediator. She is co-author of Making Terrorism History (Random House, 2005), The Fog of Peace: How to Pre-vent War (I.B. Tauris, 2016), and The Psychology of Political Extremism: What Would Sigmund Freud Have Thought About Islamic State (Routledge, 2018).