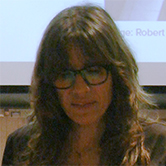 Anna Santamouris has been in private practice as a Psychodynamic Psychotherapist since 2006. In the early 1990’s, she began some training in counselling and specialist courses in adolescent delinquency and family work, spending 2 years working in a residential home for adolescents who were wards of the state. After travelling around Europe, she spent a year living and working in Greece after which she settled in London and resumed her teaching in inner London schools.

Building on her experience in the social care sector she began working at a needle exchange project and a residential rehabilitation centre in Crystal Palace for addicts and alcoholics who had the HIV virus or Aids. She continued this trajectory at The 493 Project in Bethnal green, a drop in and needle exchange for the drug addicted and then onto the Westminster drug project.

Anna began to do more training relevant to alcoholism and drug misuse, which continued during her time with this client group. She worked as an individual counsellor to clients and developed appropriate care plans to assist in client’s progression from chaotic drug and alcohol use to either abstinence or controlled use. She then moved into social services where, for 3 years as a care manager, she worked with a team of social workers implementing care plans and commissioning treatments for the adult substance misuse team. At this time she took time out of full time work to have her two children and then began training as a Psychodynamic Psychotherapist at the Westminster Pastoral Foundation – at the same time working at a 12-step day programme for people with substance misuse problems, where she ran groups and educational workshops and had a client load for individual counselling.

Leaving behind the focus on substance misuse she finished her training as a Psychotherapist and since then has worked solely in private practice since 2006. Over the last 12 months she has run workshops at Enfield counselling centre and WPF therapy on Perversions and sex addiction and working with alcohol in psychotherapy.

Women On The Couch