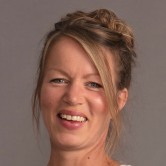 Verity Sharp has a long list of radio credentials, but her strongest asset is her sheer love of audio. Creating programmes that bring clarity to subjects while also letting listeners’ imaginations run free has long been her passion. Recently she presented and co-devised Sound Lines for BBC Radio 4 which peeled the globe like a sonic orange, listening in to music being made around the worlds’ latitudinal lines. Her regular slot is Late Junction on BBC Radio 3 which now has iconic status as a platform for experimental music on UK radio. Alongside music, her other main focus is the great outdoors. Having grown up in the countryside, she has an innate love of animals and the natural world. She has fronted editions of BBC Radio 4’s environmental programme Costing the Earth and contributed to programmes such as On Your Farm and Gardener’s Question Time. Recently she produced and pre