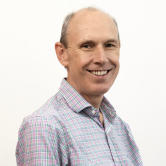 John Simmonds is Director of Policy, Research and Development at CoramBAAF, formerly the British Association for Adoption and Fostering.  Before starting at BAAF in 2000, John was head of the social work programmes at Goldsmiths College, University of London. He is a qualified social worker and has substantial experience in child protection, family placement and residential care settings.  He is currently responsible for CoramBAAF’s contribution to the development of policy and practice in social work, health, the law and research.

John has published widely including in the 1980s the first social work edited book on direct work with children.  More recently he edited with Gillian Schofield The Child Placement Handbook and BAAF’s Good Practice Guidance on Special Guardianship.  Recent research studies have focussed on unaccompanied asylum seeking children in foster care with the Universities of York and Bedfordshire, a study of 100 women adopted from Hong Kong into the U.K. in the 1960s with the Institute of Psychiatry and a Department for Education funded study on Special Guardianship with York University. He recently completed  a rapid research review of Special Guardianship funded by the Nuffield Foundation’s Legal Observatory for the Family Justice System.

John is the adoptive father of two children, now adults.  He was awarded an OBE in the New Year’s Honours list 2015 and an honorary doctorate in Education from the Tavistock NHS Foundation Trust /University of East London. More recently he was awarded the Lifetime Achievement Award at the National Adoption Week awards.