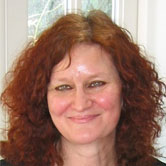 Ruthie Smith is a Psychoanalytic Attachment Based Psychotherapist and Energy Psychotherapist with 30 years’ experience in private practice and 10 years as a Principal Individual Psychotherapist and Supervisor in the NHS. She taught on a number of Psychotherapy Training Programmes before founding The Flame Centre in London where she specialises in trauma work and runs Flame residential retreats. She also teaches on Energy Psychotherapy courses and has regularly lectured and presented at events organized by Confer and others. Her interests include music (jazz and classical) and contemporary spirituality.

The Gift of the Wounded Healer
Saturday 28 September 2013

Is There Such a Thing as an Impossible Patient? – A Seminar Series for Psychotherapists
Monday evenings 27 September to 6 December 2010