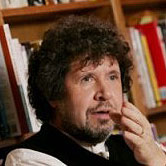 Professor Ernesto Spinelli was Chair of the Society for Existential Analysis between 1993 and 1999 and is a Life Member of the Society. His writings, lectures and seminars focus on the application of existential-phenomenology to the arenas of therapy, psychology, and executive coaching.

Ernesto is Director of ES Associates, an organization dedicated to the advancement of psychotherapy, coaching, and supervision through specialist seminars and training programmes. His most recent book, Practising Existential Psychotherapy: The Relational World 2nd editon (Sage, 2015) has been widely praised as a major contribution to the advancement of existential theory and practice.

His previous books include The Interpreted World: an introduction to phenomenological psychology, 2nd ed (Sage, 2005); Demystifying Therapy (PCCS, 2006); Tales of Un-knowing (PCCS, 2006); and The Mirror and The Hammer: challenging therapeutic orthodoxies (Sage, 2001).