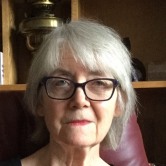 Sally Weintrobe is a psychoanalyst and Fellow of the British Psychoanalytical Society. She chairs the International Psychoanalytic Association’s Committee on Climate Change. She has written and talked extensively on how to understand what underlies our widespread disavowal of climate change.

Her current writing is on the culture of uncare that drives the disavowal, a culture she argues is at war with our bedrock capacity to care for the environment and for each other. She edited and contributed to (2012) Engaging with Climate Change: Psychoanalytic and Interdisciplinary Perspectives, short listed in 2014 for the international Gradiva Prize for contributions to psychoanalysis.

She is consulted by different groups (such as government policy makers, artists, academics, architects, NGOs, psychologists and psychotherapists) in the UK and internationally on understanding and communicating about climate change.