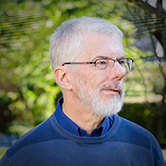 Les is Co-Founder and Co-Director of the Sacred Science Circle. At LJMU he was Programme Leader of an award-winning online MSc in Consciousness and Transpersonal Psychology. In addition to numerous articles and chapters in colleagues’ books, Les’ published works include Mind Brain and Human Potential, winner of a Scientific and Medical Network Best Book Award, The Essence of Kabbalah, and Approaches to Consciousness: The Marriage of Science and Mysticism.