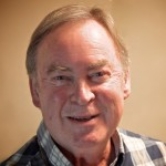 Simon Partridge is a disillusioned ex-analyst and a freelance writer and researcher. He has covered: community broadcasting; devolved politics; the British-Irish conflict; ethno-cultural mingling across our Isles; the psycho-biological consequences of UK upper-class child rearing and boarding schools; inter-generational war trauma; and developmental trauma/Complex-PTSD. He sees himself as a boarding school and Complex-PTSD survivor and advocate – part of the Adverse Childhood Experiences (ACEs) spectrum. He is currently involved in a strategic project, the London ACEs Hub, to raise the awareness of ACEs across Greater London.
Email: simonpartridge846@btinternet.com