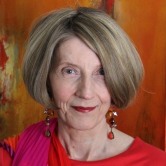 The body—disabled, disfigured, in pain—has been the focus of Frances’ professional work since she did her clinical psychology internship at Rusk Institute of Rehabilitation—NYU Langone Medical Center in 1974.  Invited to join the staff of the Psychology Department the next year, she treated children and adults with progressive neuromuscular disease.  In 1979, she was invited to work under the supervision of Arlene Feinblatt, PhD, the psychologist who helped John E. Sarno, MD develop his theory about the connection between emotions and musculoskeletal pain, which he first named TMS, or Tension Myositis Syndrome, to indicate the effect of emotions on muscle functioning.

In 1987, Fran left Rusk Institute for full-time private practice treating chronic pain and psychoanalytic training at the the NYU Postdoctoral Program in Psychotherapy and Psychoanalysis.  She studied privately with the late Joyce McDougall, EdD, who encouraged her to write about her treatment of people in pain.  Influenced by the developing Relational School of Psychoanalysis while in training, she was invited by the late Lewis Aron to co-edit a ground-breaking collection of essays, Relational Perspectives on the Body 1998, bringing the body into Relational Psychoanalytic Theory.  In 2008, she edited Bodies in Treatment:  The Unspoken Dimension, writing openly about 30 years of experiencing a range of body treatments while a patient in Classical and Relational Psychoanalysis.  Always passionate about finding new ways to help her patients, in 2011 she completed a 3-year course, Somatic Experiencing™️, designed by the trauma specialist Peter Levine, PhD.  She co-authored Pathways to Pain Relief with Eric Sherman, PsyD in 2013.  They teach a course on treating chronic pain for the Certificate Program in Trauma Studies (CPTS) at the Manhattan Institute for Psychoanalysis in NYC, where Fran is a Member of the CPTS Faculty. She was the Invited Lecturer at the 22nd John Bowlby Memorial Conference, London, UK, 25 April, 2015.  Her paper, “It Was Not Safe to Feel Angry: Disrupted Early Attachment and the Development of Chronic Pain in Later Life,” was published in 2017.  Affirming in publications that affect regulation is a primary interest, Fran acknowledges the affect regulation she has received from generations of felines.  She is currently sustained on a daily basis by her attachment to her two orange male tabby cats, Mango and Papaya.