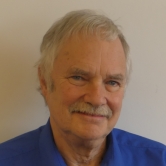 Paul Gilbert, FBPsS, PhD, OBE is a Professor of Clinical Psychology at the University of Derby and honorary visiting Prof at the University of Queensland. Until his retirement from the NHS in 2016 he was Consultant Clinical Psychologist for over 40 years. He has researched evolutionary approaches to psychopathology with a special focus on mood, shame and self-criticism in various mental health difficulties for which Compassion Focused Therapy was developed.

He was made a Fellow of the British Psychological Society in 1993, president of the BABCP 2002-2004, and was a member of the first British Governments’ NICE guidelines for depression. He has written/edited 21 books and over 250 papers and book chapters. In 2006 he established the Compassionate Mind Foundation as an international charity with the mission statement To promote wellbeing through the scientific understanding and application of compassion (www.compassionatemind.co.uk). There are now a number of sister foundations in other countries.

He was awarded an OBE by the Queen in March 2011 for services to mental health. He established and is the Director of the Centre for Compassion Research and Training at Derby University UK. He has written and edited many books on compassion. His latest book is