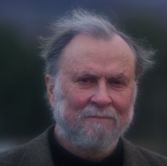 James Gilligan is a Clinical Professor of Psychiatry and an Adjunct Professor of Law at New York University.  From 1966 to 2000 he taught at the Harvard Medical School, where he became Director of the Institute of Law and Psychiatry and specialized in investigating the causes and prevention of violent behavior as director of mental health services for the Massachusetts prisons.  From 1999 to 2001 he was President of the International Association for Forensic Psychotherapy.  He is the author of Violence: Reflections on Our Deadliest Epidemic (1996), and Preventing Violence (2001).  His most recent book, Why Some Politicians Are More Dangerous Than Others (2011), was named a “Book of the Year” by the Times Literary Supplement.  He was a co-author of The Dangerous Case of Donald Trump (2016).  He has served as a consultant on violent crime and punishment to President Clinton, Tony Blair (when he was “Shadow” Home Secretary), Kofi Annan, the Secretary General of the United Nations, the Senior Law Lords of the House of Lords, the World Health Organization’s Department of Injuries and Violence Prevention, the International Criminal Tribunal for the former Yugoslavia, (in the Hague), and the Committee on Negotiations and Conflict Resolution of the World Economic Forum. He has received annual and lifetime achievement awards from Physicians for Social Responsibility and other organizations devoted to treating violence as a problem in public health and preventive medicine.