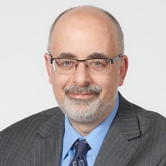 Professor Brett Kahr has worked in the mental health profession for over forty years. He is Senior Fellow at the Tavistock Institute of Medical Psychology in London and, also, Visiting Professor of Psychoanalysis and Mental Health at Regent’s University London, as well as Senior Clinical Research Fellow in Psychotherapy and Mental Health at the Centre for Child Mental Health, also in London. A Consultant in Psychology to The Bowlby Centre and a Consultant Psychotherapist at The Balint Consultancy in London.

Kahr is also a trained historian and has recently been appointed as Honorary Director of Research at the Freud Museum London, where he served as a Trustee for many years.  Additionally, he serves as Chair of the Scholars Committee of the British Psychoanalytic Council, which endeavours to create a richer dialogue among mental health clinicians and psychologically orientated academics and scholars.

Kahr has authored or edited sixteen books, and he has served as series editor for over seventy additional titles, having worked as founding Series Editor for the “Forensic Psychotherapy Monograph Series” at Karnac Books (now published by Routledge) and, also, for both the “History of Psychoanalysis Series” and for “The Library of Couple and Family Psychoanalysis”. His recent books include Tea with Winnicott and Coffee with Freud, as well as Bombs in the Consulting Room: Surviving Psychological Shrapnel and, also, Dangerous Lunatics:  Trauma, Criminality, and Forensic Psychotherapy (one of the inaugural titles of Confer Books), as well as Freud’s Pandemics:  Surviving Global War, Spanish Flu, and the Nazis (scheduled for publication by the newly relaunched Karnac Books on 16th September, 2021).

Brett maintains a long-standing clinical and historical interest in a variety of forms of psychopathology, including, most especially, schizophrenia, forensic psychopathology, and intellectual disabilities. He is a founding member and Fellow of the Institute of Psychotherapy and Disability and as member of the Executive Board of the International Association for Forensic Psychotherapy.

A media psychologist of long standing, he has worked as “Resident Psychotherapist” for BBC Radio 2 and as Spokesperson for the BBC’s mental health campaign; and in recognition of his work on the interface between psychoanalysis and the media, he became Hono